At least when I ponder my impact on the world, I can say I convinced my Mom to watch Dirk Gently’s Holistic Detective Agency and her response to the titular character was he “is just Jack Whitehall.”

There was a weird influx of traffic from the Netherlands on this blog the other day, so I took to Google to find out what I was doing that was so appealing to the Dutch, and came to no conclusion. My fleeting Dutch fame remains a mystery. I did check out what search terms people were using to wind up here, which was illuminating/terrifying. I’ve always had questions about how people would even find this site, when it has… no purpose. Not even a niche or a mission statement or thinly veiled attachments to a corporate sponsor. My parents grew up on the East Coast and would tell me about how the land was so treacherous, pirates would just hide in the rocks around the bay and wait for ships to inevitably crash into them, which is the easiest pirating job of all time. That’s how I feel about this blog. It’s just a thing people crash into by accident, while looking for something else. Then they’re fucked.

So since I’m constantly plundering the innocent, I thought I would at least try to answer the questions people keep shipwrecking here in search of.

1. is craig wayne boyd a christian

Look at the hair, probably.

I know he has a child, because I watched The Voice finale, so I’m assuming if the above is true, and he is Christian he is probably also married.

Meg Myers is a fucked up bitch. I love Meg Myers. I spent my precious iTunes card money that I hoard on her Make a Shadow EP and it is fantastic. Her official website is megmyers.com

I did post one blurry picture of Jack Swagger (in a singlet) with Luke Harper from the December 29th 2014 episode of RAW. I will not Google shirtless Jack Swagger for anyone. 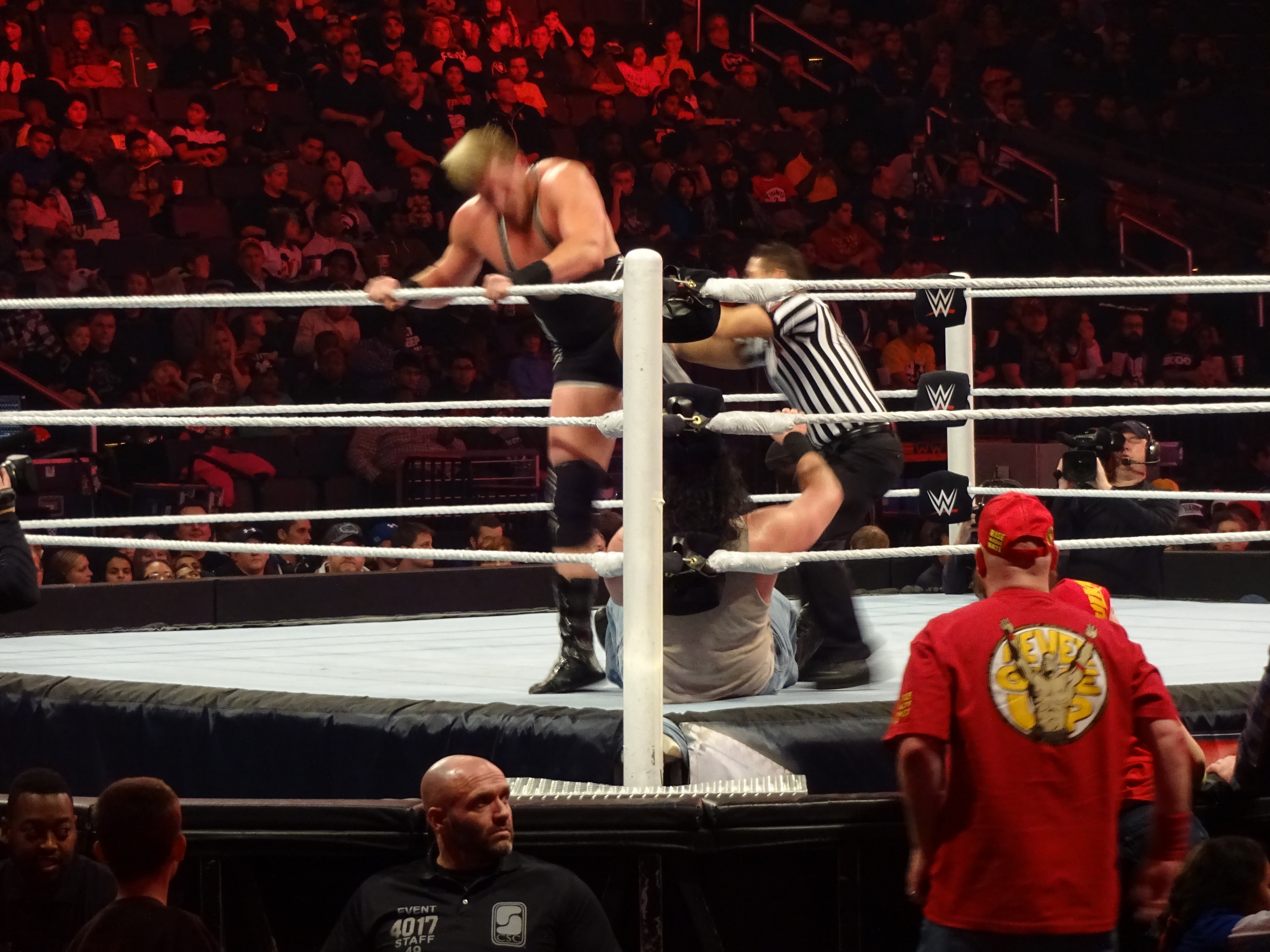 He is married to medicine and also me in my dreams.

dale and tucker vs. evil netflix

Amy Schumer is the shit, but don’t listen if you don’t want an overwhelming mental picture what Dolph Ziggler is like in the sack. Or Anthony Jeselnik. Three people I love, and three people I don’t want to think about doing it, in any combination. You’ve been warned.

another word for wizard

Maybe someone with more wrestling knowledge can date this for me in Cena-evolution terms, but I do not think he would talk about such things any more.

The man is extremely gif-able, apparently.

I don’t know why I was getting this as a query previously, but I’ve been following him on Twitter for like, four days, and I already know more about Crossfit than I have ever cared to know. If you’re into Crossfit, metalcore, and grass-fed beef, you’ve found your new Twitter jam.

Straight but questioning after his visit with gay-Giles in that one episode of Fresh Meat. Straight but unabashedly flamboyant according to his Comedy Central stand up special, where he describes a childhood penchant for pairing rollerskates with a Peter Pan costume.

If that’s the worst thing Randy Orton does, we are all lucky. (Actually, he lets children RKO him, so that’s pretty cool.) RING THE BELL.

are lana and rusev dating in real life

While Googling if she was really Russian (I don’t know how this was even a question) I saw some Quora type shit saying they were, I’ll never do more research on the subject because I want to keep the dream alive. (For the record, she is apparently from Florida, and he is Bulgarian, which they are finally acknowledging, despite his GIANT BULGARIAN FLAG TATTOO.)

A great episode of Never Mind the Buzzcocks where Jack Whitehall explains how Johnny Borrell of Razorlight wronged his sister. (Season 27, Episode 9)

I’m assuming dark blue is a metaphor for the sense of comfort love provides in a world that is otherwise chaotic and lonely.

the usos are so boring

No arguments here. Why do they get pyro? No one else gets pyro.

I’ve been on a Jack Whitehall binge lately. I found an episode of him guest hosting Nevermind the Buzzcocks that I hadn’t seen yet, and it was faaaabulous. If you happen to hate Razorlight, it’s even better. I didn’t even know Razorlight was still a band. I genuinely do not think I have heard them mentioned since 2006. I didn’t even know they were English. I guess they did the whole failed crossover/retreat to England thing. As a partial Canadian, I am very familiar with this phenomenon and people who are only regionally and shamefully famous. But yeah, Razorlight. I remember Mischa Barton praising them in a mid-2000s issue of Elle Girl or something (for the record I loved Elle Girl.) I am like 90% sure she had on a Beatles shirt and a ballet pink satin bubble skirt on the cover, which is about the most 2006 outfit ever. That feminine/rock n roll counterplay. I am a fan, but I am so glad the distressed concert tees stopped, it got incredibly weird and sad.

I forgot how good Fresh Meat is. I think it takes a lot of restraint to depict teenagers/young adults accurately. It’s so easy to go for the glamorous/philosophical The O.C. route, or make everyone a one-dimensional moronic child who is either screaming or humping everything. Or go Canadian and everyone is overly mature and humble and ethnically diverse (for a disturbingly good Degrassi parody, Kroll Show‘s “Wheels Ontario” is the most brutal thing I’ve ever seen.) Fresh Meat always finds the perfect line between that awkward, awkward struggle for independence punctuated by profound moments of personal growth and being a self-absorbed douche child you want to beat the shit out of. The episode where JP struggles with his sexuality after his high school friend comes out (Season 2, Episode 1) is one of my favorite things that I’ve watched in a long, long time.

I also binge watched It’s Always Sunny in Philadelphia season 9 which I guess wasn’t too bad since the episodes are like 20 minutes long. The other favorite thing I’ve watched in a long time is the convenience store robbery episode (The Gang Saves The Day, Season 9, Episode 6, which is also their 100th episode). Oh my God, the animated dream sequence Charlie has about he and the waitress’s future? So unexpected. It was delightful. Delightful. I would watch the movie version of that. I know it’s a parody of Up, but I want Charlie’s version. More rats.

So basically England wins, England always wins. Not historically or culturally but in terms of television, yes.

True story: My Mom had a friend who was a kindergarten teacher that used to come to class hungover all the time. Apparently she would instruct the children “put your heads down on your desks and take a nap because Ms. ____ has a headache.” She also taught her students there were 24 letters in the alphabet instead of 26.