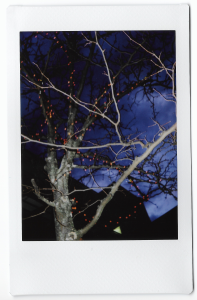 I WENT TO A HALLOWEEN PARTY FOR THE FIRST TIME IN FOREVER.

Adriana was nice enough to invite me to a Halloween party some of her D&D friends were having, and I don’t know if it’s the compulsory Dungeons and Dragons attention to detail, or to my disappointment that people my age can have their shit together, but the hosts were so lovely and their house was so nice and they rolled out every festive decoration imaginable. Fake cobwebs, caramel apple cider punch and infused water in those glass dispenser things I had tried to convince myself no one was classy enough to actually use, plastic spider rings, an entire table full of food including homemade skull pizza pockets and homemade skull cakes with the frosting somehow inside, meatballs maintaining perfect temperature in a little crock pot, black cat shaped paper plates…

It was rejuvenating. I don’t know if that is keeping with the symbolism of Halloween or the actual reverse of the symbolism of Halloween. I know there’s some paying respects to the dead/communicating with the dead/the thin membrane between death and life being breached, but is there an element of revival there? Am I conflating Halloween and Dia de los Muertos? Either way it was like absconding from reality and living in a Pinterest board for a brief few hours and I very much needed that and am grateful someone let me in their home to eat their food and drink their Martha Stewart better-than-you-glass-canister punch.

I was a bat. That didn’t go well. I mean it did for me, but if doing well is measured by anyone knowing what you are, it did not go well. Specifically I was an Irish bat, the bat from the Bat Dad/Catch him Derry video. I was under the impression everyone had seen this video, because I saw it in the morning and by the afternoon I think they were on Jimmy Kimmel. The takeaway was that I need to get off the internet, and that the internet truly blurs your idea of what constitutes popular culture. Not only was I not an identifiably Irish bat, I don’t think I was even an identifiable bat. My costume, which I loved, which I think people loved once they figured out what it was supposed to be, had a hood with “bat” ears, but I didn’t want to leave the hood up, because it seemed weird and uncomfortable indoors, so I got cat ears that I thought looked like bat ears because of the big inner to small outer ear ratio. Another misfire.

Adriana went as Luke Harper, a wrestler WWE has barely put on television in years, at a party where no one watched wrestling. She did have a custom hair bow with Luke Harper’s face in a little cameo gem in the center, so at least people could say “you are the guy on your head but I don’t know who that is.” But neither of us were bothered. On the drive up, we were in agreement Halloween is totally about entertaining yourself, and if other people get it, that’s just icing on the cake.

Semi-tangent, I fucking hate that meme that’s been going around that says “THERE ARE TWO TYPES OF GIRLS” and then shows one girl in a “sexy” costume, and another girl covered up and looking goofy/scary/whatever. Lindsay Lohan’s witch to the Plastics’ sexy cats in Mean Girls. It’s another one of those messages that is ostensibly about female empowerment but is really about drawing a line that has no reason to exist and then strictly defining what the “right” side and the “wrong” side are and using shame to coerce women to act the way someone thinks they should. Usually under the guise of feminism (naturally.) That seems like a lot to levy against a meme about Halloween costumes, but no one is supposed to see that meme and think it’s okay to be a sexy mouse, or whatever. You’re supposed to feel superior if you’ve managed to withstand societal pressures to dress sexy. Because God knows it’s impossible to do that for yourself. Every costume I had in college had a skirt about 3″ long, and I was well aware of the stupidity of the “sexy + XYZ” formula, that is the whole reason I found it fun. I’d book my flights home around getting my costume so I could get ones not everyone else had. Too bad everyone that wears lingerie and animal ears is a victim of the patriarchy. I was a hoodie bat with a towel wrapped around myself this year. This is such a stupid distinction.

But speaking of misspent youth, on the drive to the party Adriana introduced me to That Awful Sound, which is a podcast where a panel discusses the shitty music we listened to in middle school and high school. We listened to the Avenged Sevenfold episode, which was a fucking winner. I was never into Avenged Sevenfold, in fact while I was initially indifferent, after my friends abandoned me and my minute-less Virgin mobile flip phone in the scorching hot dusty parking lot of white dreadlocks and wayfarers that is Warped Tour I acquired quite a distaste. It felt good remembering the general adoration for M. Shadows and feeling smug that that was one trap I didn’t fall for. Also a lot of the criticism was directed towards their flat drums, which I never heard before, and am now doomed to never un-hear. One description was the sound of “empty milk jugs.” It was apt.

In terms of personal milestones, this party was my first party with a baby present. There were actually TWO babies (2x points?) I guess the next level after detailed couples’ costumes is baby integration. One baby was a bomb-omb and the other was a Mario character but they built the full pixelated pipe around the baby holder, I guess it was like a bassinet, I’m not really sure. Bomb-omb baby was 2 weeks old. I know I’m going to royally fuck up trying to explain this, but my brain couldn’t grasp that the baby’s Mom was walking among us. Not in a recovery period sense, but in a dude, 2 weeks ago, an inarguably short amount of time, you gave birth to a baby. Now you’re at a Halloween party. What bigger life transformation can you have than having a baby? In my mind it’s like they send pregnant women to the mystical crystal baby cavern and they emerge a time later as Mothers. Like when the tiny tin of cake batter goes in one side of the Easy Bake Oven, and then after its warmed by a lightbulb for a satisfactory period of time you push it out the Other side… into motherhood.

Growing up, man. The uncomfortable grappling with the realization becoming a parent is a regular occurrence. I am most definitely not there yet.

Thankfully I found lots of like-minded people, we weeded ourselves out when we found ourselves in the presence of a cat. I don’t know the cat’s name but she was a Calico, very regal, and very withholding. We stared at it until it’s owner pointed out it was weird, and then we stared at it some more until his wife raised the counterargument that if the guests were entertained by the cat, let them be entertained by the cat. Then she doled out kibble like you would do with kinder-garteners at a petting zoo as if this was totally normal behavior. What a little microcosm of life I feel like I witnessed. Don’t obsess over the cat/obsess over the cat. Have a baby/become someone with a pet Instagram. I think Halloween is supposed to be the death that comes with the transition into winter, but it really was a night filled with circle-of-life type observations for me.

I went home watched this SNL special which had a few gems I hadn’t seen while trying to photograph my own bat catching towel. David S. Pumpkins is still a joy. There was a Will Forte sketch about a pedophile which I found really funny, but was completely shocked made it on to TV once, let alone in a prime time, best of Halloween special. I took a heavy dip into the candy we had for the trick-or-treaters and watched Stranger Things. That Chicago episode was rough. Wow. But if anything could bring out my maternal instincts it was curly-haired Eleven in a pair of denim overalls. Is there anything cuter that doesn’t involve a dog? I want to pray for a protective orb to surround around that actress and guide her through child stardom, she is so great.

The trick-or-treaters cleaned us out on actual Halloween. It was actually kind of scary. They were really aggressive, and we got close to double the amount of kids we usually get. Or we potentially got double, we definitely had a few repeat customers which has never happened. This one boy stopped at our house at least 3 times. He was pretty young and with multiple parents so it’s not like he went rogue. I tried to think of a more positive explanation, maybe his parents don’t usually allow him candy, or there were fewer houses with treats this year, but it was kind of frustrating. I usually love handing out candy and I just felt used. Some of them were vicious too, grabbing at the candy bowl. Small kids! I’m weirdly relieved because I feel like now I won’t feel so bad stepping down my Halloween game next year, I was getting a little out of control. My decorations managed to genuinely scare the fuck out of several children and at least one tween, whose Mom told me when I opened the door that she wouldn’t go up to the door without her. Not my intention.