Oh my fucking God, I have eaten so much in the past 48 hours. Food baby, major food baby gestating.

On Sunday we went to Geoff’s for a Victoria Day barbeque. The man has hosting abilities beyond his years. There were chips there were veggie plates there were bowls of cherries and a shitload of hot dogs and hamburgers and a pitcher of cosmopolitans. These are the kinds of things Geoff does that led Mariah and I to the conclusion that in his adult life he’ll be one of those people that constantly is carrying a cup of coffee and a newspaper under his arm. He’s just a classy motherfucker.

At one point everyone left the room and so I took the opportunity to switch the iPod to Alexisonfire, because this is one of those things that is generally not allowed to happen at Geoff’s parties. In fact when I first met him and told him I liked Alexisonfire he told me “I once punched a man in Cuba just because he was wearing an Alexisonfire shirt.” They were on a cruise.

Jessica bought a case of Hoegarden per Paul’s suggestion because she wanted to mix up her drinking habits. Supposedly this is Belgium’s lightest beer. Holy fuck Belgium. It tastes like Viking beer. Paul told me its brewed by monks, but I disagree. This was made by people who pillage and burn villages. It tastes like grog. I feel like I’m on a Viking ship in the middle of some Viking February and I’m wearing a dead sheep for a coat and this is what I’m drinking to keep warm. Belgium is fucked.

Anyways we were drinking and eating for like 8 straight hours so by the time we got back I couldn’t move.

Yesterday we made plans to go to Paul’s new bachelor pad and make pizza but we forgot that it was Victoria Day and that Metro would be closed, so revision was needed. We went to Paul’s, which though he’s still in the process of moving, still manages to look very Paul, with his big corporate desk and stainless steel bookcasses and classy bottles of alcohol everywhere. His balcony has got a pretty sweet view too. I never realized how many condos there are in Toronto. Shit. For two years our view North has been blocked by all the shit in Yorkville, so to see anywhere beyond that was interesting. There are so many cute little houses near his place too. I want a cute little house. I love urban living. I love their lack of front yard. I can just imagine having a cute little house downtown with a porch and it would be filled with lots of bookcases and gourmet appliances and I’d have a wine chiller and a fridge full of shit from Whole Foods and like, lots of rare records or something.

My yuppie hipster aspirations are so severe.

Anyways, homemade pizza was a no-go so we just met up with Peter, Ruby and Jonathan and went to Pizza Pizza instead. $5 combo owns my life. Pizza, garlic dipping sauce, chips and a diet coke for under $6? Fuck yeah thanks. Then we went to get frozen yogurt at Ce Fiore and managed to hit up Tim Horton’s after. We joked that we would eat our way back to St. George.

There is currently a ticker on Much Music counting down to the Billy Talent video premiere. I like Billy Talent and even I think thats a bit much.  Though something tells me the marketing gimmick will pay off and I’ll be making my sadly-becoming-daily sandwich run a bit early just to come back and see it. 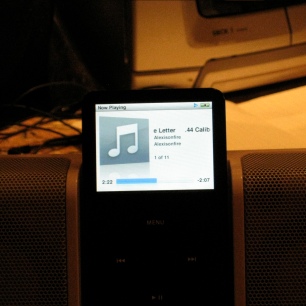 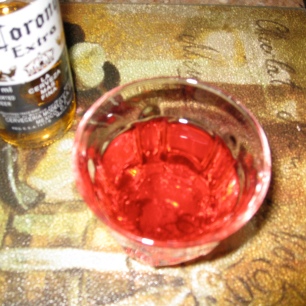 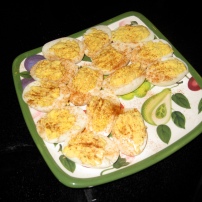 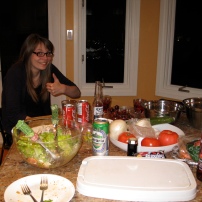 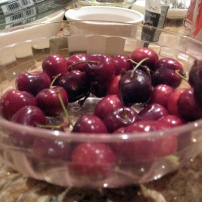 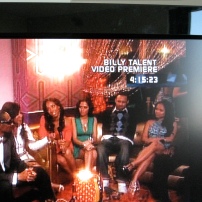 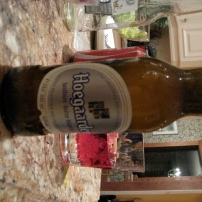 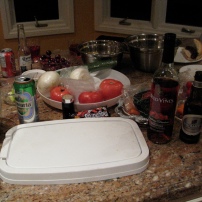